The Plague of Populism 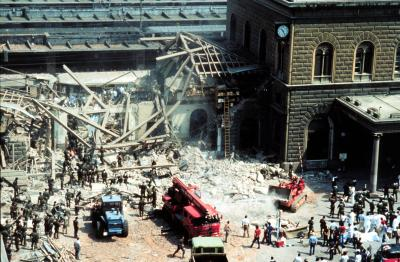 A Photo of the Aftermath of the Bologna Massacre, Beppe Briguglio, via WikiMedia Commons Attribution-Share Alike 4.0 International license

The Years of Lead (Anni di Piombo) began with the Hot Autumn strikes of 1969, where massive amounts of workers joined students protesting for social reforms in a similar fashion to the May 1968 demonstrations in France. Violence from both left- and right-wing sources would emerge, and for 15 terrible years the internal cohesion of the Italian First Republic was truly put to the test. This blog post looks to answer: is its failure what set us in motion to where we are now in 2022?

In efforts to avoid an economic collapse following the Hot Autumn, the Christian Democratic Party reached out in a historical compromise (compromesso storico) with the Communist Party. With the tensions of the ongoing…